To share your memory on the wall of J. Donald Fosbenner, sign in using one of the following options:

Provide comfort for the family by sending flowers or planting a tree in memory of J. Donald Fosbenner

Provide comfort for the family by sending flowers or planting a tree in memory of J. Donald Fosbenner

Print
J. Donald Fosbenner, of Souderton, formerly of Sellersville, passed away Friday, April 2, 2021, in Dock Woods, Lansdale. He was 85.

He was the beloved husband of Phyllis (Mowry) Fosbenner, of Souderton. They would have observed their 59th wedding anniversary on April 21.

Born in Sellersville, he was the son of the late Lloyd and Florence (Nace) Fosbenner

Don was a member of the Class of 1953, the last graduating class from Sell-Perk High School.

Over the years, Don had been employed as a clerk at the former U. S. Gauge Division, Ametek, Inc., Sellersville, in stock and inventory control at EMICO, Inc., Dublin, and with the U. S. Postal Service, retiring in 2000.

Since 1982, Don and Phyllis had been members of East Swamp Church, Quakertown.

An avid St. Louis Cardinals fan, Don had loved baseball, even being scouted by professional baseball as a catcher while still in high school. He had played in the church softball league for many years. He had also bowled with a bowling league at Earl-Bowl in Earlington.

With his wife, he had enjoyed many bus trips throughout New England, Michigan, Missouri, and Georgia. Don was an avid reader, whose favorite author was James Patterson.

In addition to his wife, Mr. Fosbenner is survived by his two daughters: Kim Bruzas and her husband, Alan, of Line Lexington, Lisa George and her husband, Brian, of Van Alstyne, TX; three grandchildren: Abby Bruzas, Benjamin George, and Sarah George Eason; and a great-grandchild, Cayde Eason.

Don was preceded in death by two brothers, Lloyd and Kenneth Fosbenner, and a sister, Dorothy Bibic.

His funeral service will be held at 11 a.m., Thursday, April 8, in East Swamp Church, 2405 East Swamp Rd., Quakertown, PA 18951, where a visitation will be held from 10 a.m. until time of service. Interment with military honors will follow in Sellersville Cemetery.

In lieu of flowers, memorial donations in Mr. Fosbenner’s name may be made to Pennridge FISH, PO Box 9, Perkasie, PA 18944 or online at www.pennridgefish.org.
Read Less

To send flowers to the family or plant a tree in memory of J. Donald Fosbenner, please visit our Heartfelt Sympathies Store.

We encourage you to share your most beloved memories of J. Donald here, so that the family and other loved ones can always see it. You can upload cherished photographs, or share your favorite stories, and can even comment on those shared by others. 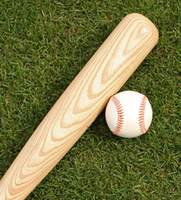